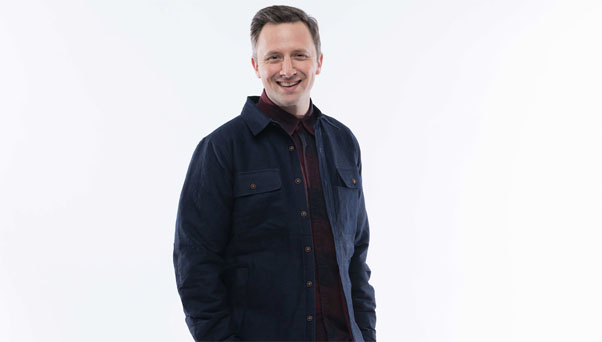 Matt Thomas with Brew Dr. Kombucha has such a neat story of how his company evolved and continues to grow. With a wife and three young boys at home, it's inspiring to see him balance work and life with such a positive attitude! Here is more about Matt:

How long have you been brewing kombucha?

I started my first teahouse in 2006 and second teahouse in early 2008. By mid-2008 our customers started asking if we made our own kombucha. We didn't, but I had learned enough to know that I should listen to our guests and grow our product offerings based on their ideas and feedback. So we started making kombucha in the kitchens of our two teahouses and quickly discovered it was super tasty. We had the happy accident of being a tea company first. We already had curated a list of over 100 great teas to choose from and just chose a few to ferment into kombucha. That's one key thing about our kombucha that makes us different - we blend great tea with dried botanicals and brew a delicious tea, then ferment it and add nothing else for flavor. Most kombucha relies on added juice post-fermentation to create a flavor profile. We do not. We've stayed true to this method ever since and I think it comes through in our clean, balanced taste.

If you had to pick a favorite flavor that you offer, what would it be?

It's hard to pick because they're all so tasty. Right now our new summer seasonal, Strawberry Basil is pretty fantastic.

If you had an extra hour in the day to spend any way you wanted, how would you spend it?

I have three young boys at home. So if I had an extra hour I'd spend it with them and my lovely wife Bethany!

Where is the last place you went on vacation?

Sun Valley, ID with the family.

What is your favorite meal?

Do you have any pets?

What is your favorite part of running a business?

Growing all aspects of the company simultaneously is the biggest challenge with the biggest rewards. We have really been focused on expanding our brewery operation as well as our sales and marketing team (gotta sell that kombucha we're expanding production of!). In the meantime, we have not been able to level up the rest of our organization at the same pace. We're at about 250 employees across the three companies that we run together and about half of those have come on in the last year. We're extremely proud of that growth, but it's also a lot to handle.

What is your least favorite part?

Just wishing there were more hours in the day to get everything done.

What is something about you that others might find surprising?

That I'm a surprisingly good shortstop, I can still hit, and every once in a while I can still pull off a Sportscenter worthy highlight catch.

What charity or cause are you passionate about supporting and why?

Ecology in the Classroom and outdoors! Check it out at ecologyoutdoors.org.

Before you started Brew Dr. Kombucha, what were you doing?

I founded my first teahouse in 2003, one year after coming up with the idea in business school at the University of Oregon. By 2008 I had opened my 2nd teahouse and started making kombucha. We quickly realized it was a hit and rented the basement of our NE Portland Teahouse to start making more of it. We grew out of the basement the next year and have kept up a fast pace, to the point where now we are producing over half a million bottles per week out of 60,000 square feet of brewery space. We also have continued to grow the teahouse effort, with nine NW teahouses currently.

Have you ever binge-watched a tv-series and if so which one?

Anything else you want people who are reading to know about you?

The best advice I was ever given is that you can never hit your target if you don't take a shot.