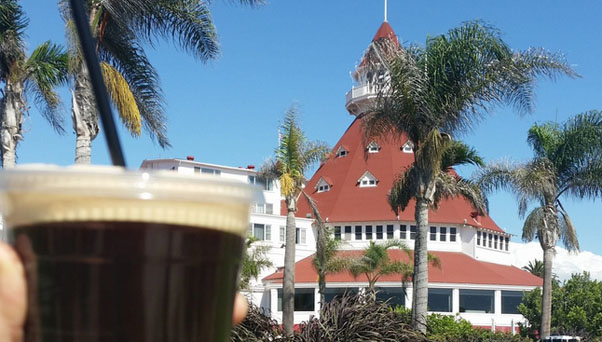 The most requested room at the resort is home to supernatural activity and other things you may not know about San Diego's well-known landmark and KOT's newest client.

1 - Built in February 1888, it was originally intended to be a fishing and hunting resort. The hotel's chef would even cook up what you caught or perhaps shot.

2 - Back when it first opened most guests traveled to The Del by train, and a trip from the east took seven days.

3- It is believed to be haunted. The story of Kate Morgan continues to intrigue hotel visitors. Kate arrived on Thanksgiving Day in 1892 at age 24 to meet a man and killed herself there 5 days later. The room in which she stayed is the

most requested guestroom at the hotel. People attest to ghostly activity in and around the room. Another very 'active' area is the resort's gift shop, Est. 1888, visitors and employees routinely witness giftware mysteriously flying off shelves, oftentimes falling upright and always unbroken.

4 - Liberace, the undisputed king of keys and candelabras, was playing piano at The Del when he was discovered in 1950.

6 - The Del offers specialized bedding for cats and dogs and even a gourmet room service menu for pets, prepared by their talented chefs.

7 - Last but not least, the Hotel Del Coronado now serves two types of cold brew coffee on nitro at their B&S Bakery and is the newest client to join the Kombucha On Tap™ family!